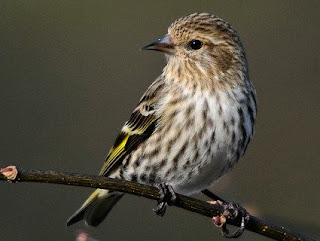 The California Department of Fish and Wildlife has reported a salmonellosis outbreak among pine siskins and a smaller number of lesser and American goldfinches in California's central coast, the San Francisco Bay area and Sierra Nevada communities. Pine siskins are small songbirds from the finch family. They are gregarious birds that tend to flock with goldfinches. They are migrants, or winter visitors, to Southern California.

At this time, the department has not reported any cases in Southern California. Though bird enthusiastics should remain vigilant in cleaning bird feeders. Infected birds can transfer the illness, caused by the Salmonella bacteria, through their droppings at feeders.

Sick birds often appear weak, have labored breathing, and may sit for prolonged periods with fluffed or ruffled feathers.

Residents can report dead birds to CDFW’s Wildlife Investigations Laboratory using the mortality reporting form, found on the agency's website, which helps biologists monitor the outbreak. Disposable gloves should be worn and hands should be thoroughly washed after disposing of dead birds, and handling of bird feeders and bird baths. If sick birds are found, please contact your local wildlife rehabilitation center for advice.

Keeping bird feeders clean is an important responsibility of bird feeding. Clean and disinfect feeders regularly using one part liquid chlorine household bleach in nine parts of tepid water (a 10 percent solution). Make enough solution to immerse an empty, cleaned feeder completely for two to three minutes. Allow to air dry. Once or twice a month is generally recommended, though weekly or more often is imperative if you notice sick birds at your feeders. Having a second feeder is a wise investment so that one feeder can be in use while the other is being cleaned.
Posted by The Backyard Birder at 12:25 PM 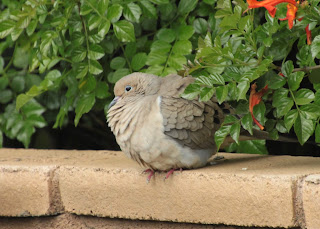